"In a music world of ‘junk food’ pop (quickly produced, poor quality and easily forgotten) I want to support alternative tracks I believe do deserve to be listened to"
2 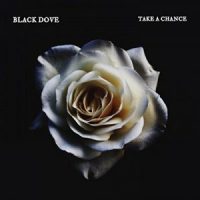 With roaring energy and packing a powerful punch, Scottish four-piece Black Dove have just released a belter of a debut single,Take A Chance.

The young quartet from Inverclyde, consisting of Josh Cunningham on Lead Vocals/Guitar, Conal Harrington Guitar/Backing Vocals, Ross McManus Bass/Backing Vocals and Hamish McGown on Drums, have only been together since the later part of 2016.

This release is a confident statement of intent. It’s a no holds barred slab of dynamic indie-rock, with its rousing rock riffage, unpretentious vocals, driving rhythms and thumping chorus. Maintaining an infectious melodic edge, it should offer appeal to both indie fans and, to a certain extent, rockers who like their sound to come a little harder. It’s, definitely, a big song that deserves to be heard. Black Dove have certainly left a great impression and we look forward to hearing more from them in the future.