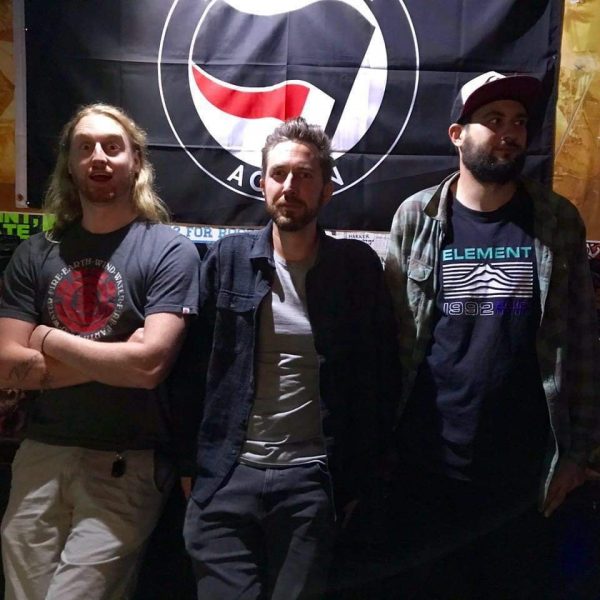 Filled with fire in their bellies, Black Tree Suns are back with a new single, their first release since their debut album nearly three years ago and what a return it is. To be released on April 26th, ‘Ignite‘ is an attitude-fuelled, explosive brand of rock, so far up my street they might as well be kicking my front door in.

Formed back in 2014, the Plymouth based band were originally a four-piece, with Dan Payne on Lead vocals and Guitar, Dan Bain Backing vocals and Guitar, Dieter Hearle on Bass and Mike Ward on Drums. Building up a strong local following they released their debut single in December 2016 ‘Make a Change‘ and followed that up with the sublime ‘Fading Storm‘ two months later. It had a gloriously, laid back rock feel, one of the highlights of their 7-track debut album released in September 2017, entitled ‘Wash Them All Away‘. Since then the band has been reduced to a trio, with Dan Bain leaving the band. In recent months they have been busy writing new music, and this is the exciting result.

‘Ignite‘ is one of those blistering alternative-rock anthems whose character and dynamism grab you from the get-go and the amplification seems to crank up the longer it lasts. Fiercely driven by Dan Payne’s raw, emotion-fuelled vocals and Mike Ward’s relentless thudding beats, it’s the guitars that look set to get this particular track noticed. Those heavy, dirty riffs pound in with the ferocity and heaviness of a sledgehammer to the cranium, you can well imagine them hitting some deafening walls of sound when played live. This is a stunning return from one of Devon’s finest and we at Alternative Tracks can’t wait to hear further new material from Black Tree Suns and hear ‘Ignite’ performed live.

To co-inside with the release of the new single there is a video to be released on 19th April. The video, filmed at Maker Heights in Cornwall, was produced by Lewis Nadin and his team at Red Tusk Productions