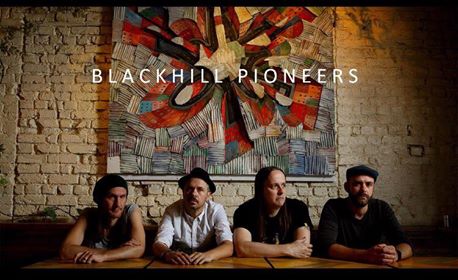 Essex four-piece Blackhill Pioneers are about to release their third single, ‘Guns’ will be released on December 11th. The new release is the follow up to ‘Miles’ that came out in June, and is the first track from their upcoming EP, due for release early next year. The band, Tony Eke, guitar and vocals, Simon Dawes, lead guitar and vocals, Ben Frost, bass and Chris McConville on drums and backing vocals, formed in 2016 when Chris from The Bishops joining Tony, Simon and Ben from The Trees. Having released their first single in late 2016 the band have been working hard in the studio and on live dates to perfect their sound.

Fans expecting the Pink Floyd influenced rock sound of ‘Miles’ will be in for a surprise, Sandwiched somewhere between synth pop and indie-rock ‘Guns’ sounds a bit like a poppier version of MGMT. As bassist Ben Frost explains “we try to change it up from song to song whilst still keeping it sounding like us. Once the whole ep is available you’ll see what it’s all about” 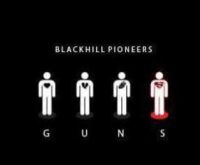 ‘Guns’ is a track which blossoms on listening. With its wickedly huge, addictive beats, massive riffs, and Tony Eke’s confident, clear vocals it’s all the makings of a modern alternative pop anthem. The single’s strength is that it is predominately as accessible as pop but still has its feet firmly gripped in the world of indie and alternative. Blackhill Pioneers are a band not afraid to mix things up and deliver the unexpected, while maintaining the quality. In the lyrics the band declare “we don’t need anyone’s help now ” They may be right, with ‘Guns’ already receiving airplay on the likes of Amazing Radio and BBC Introducing, a whole new fanbase may now beckon.

If you want to hear the new track, tune in to Alternative Tracks on The Island radio Station at 7.30 on Friday December 8th.