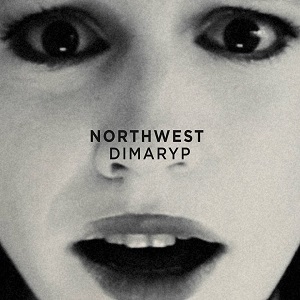 Spain is full of hidden gems waiting to be discovered, and Northwest is one of them. The duo, producer Ignacio Simón, and singer-songwriter Mariuca García-Lomas, now living in London have released ‘Dimaryp‘ the first single from their forthcoming debut album. With influences ranging from triphop and dream pop to experimental electronica and contemporary classical music, Northwest have introduced a unique, beguiling slice of electronia to alternative music. If you are a fan of the alluring sound of Agnes Obel, the creativeness of Radiohead or the delirious dream pop of the Cocteau Twins this music is for you.

‘Dimaryp‘ is seven minutes of uncompromising exquisiteness that captivates and entrances. It drifts in on a cloud of haunting electronic sounds, before García-Lomas’s delicate, introverted vocals and lyrics melt into a melodic soundscape of hypnotic beauty. The title of the track, at first, appears strange, but when García-Lomas whispers, “Everybody knows time hurts and everybody knows time heals”,’dimaryp’ delivers us a meaning. An upside-down pyramid, where time starts at a point and stretches with no boundaries, no limits, allowing time for hurt to heal.

With the new album due out later in the year, the duo has a couple of live dates in London next month. Check out the dates and the album details at thisisnorthwest.com .
The video below was shot during Northwest’s recent tour of Italy.