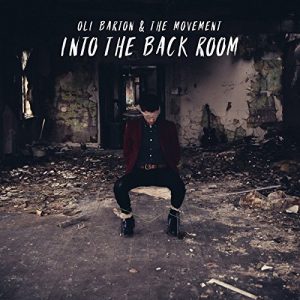 Oli Barton & The Movement have cultivated a time machine within their debut album release, abandoning all modern music ideals to craft a deliciously dark auditory experience brimming with creativity, investigating the possibilities of the indie-rock landscape. ‘Into The Back Room‘ may lack a certain subtlety at times but that only makes it stand out from the rest, placing it right at the forefront of noir-streaked indie rock.

Oli was featured on Alternative Tracks a few years ago when he released some demos as a solo performer. The talent in his song-writing, with his personal take of the world, was clear to be seen. Last year he formed Oli Barton and The Movement with fellow London based musicians, Ryan Wilson, Lead Guitar, Jamal Lagoon, Guitar, Marco Paone, Bass, and drummer Guy Monk. ‘Into The Back Room‘ was released on August 11th and has already received positive reviews from the likes of BBC Introducing.

Kicking off the album is ‘Cold Call‘, a song about someone who likes to crank call people and listen to their victim petrified on the other end. It’s a track with a heavy electronica sound, featuring intimidating beats and robotic vocal delivery. But, in spite of this, there’s a catchy quality too that makes the central refrain of “Cold Call” something to hook onto and even sing along with. ‘Kinky‘ follows, a strutting brew of spaghetti western riffs and dark menace. Defying musical boundaries, the band combine curious melodies and electronic flourishes in a thrilling, original way, creating something edgy and yet melodic. 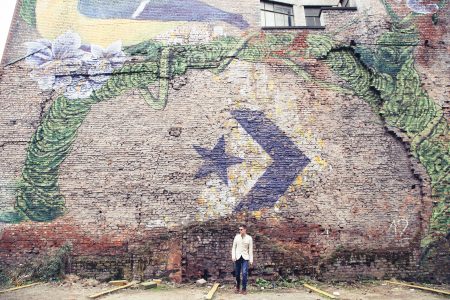 With instantly addictive guitar hooks and a sharp sense of indie-pop melodicism, ‘How Would I Know’ sees the band cutting loose and giving those clever lyrics a funky vibe. Oli Barton’s vocals keep it indie, but as he explodes into “Are you Happy’ the soaring chorus will seep into your subconscious. A real crowd pleaser.

‘Photograph‘ was the band’s debut release. It’s about a guy hitting the depths, seeing his girl enjoying the company of someone else in a photograph. Coupled with the lyrics, there is an angst in the music arrangement. Oli’s heartfelt vocals pour out the turmoil as heavy drums slowly beat out the time and the keys growl in the background. A beautifully intense track.

The standout track from the album is ‘Sleeping with the enemy‘ with its cynical, but amusing, look at politics. It’s a dark rollercoaster of a track, accelerating riffs, soaring peaks, and grooves that twist and turn in one hell of an adrenaline trip.

Though the lyrical content may sometimes be a little black, there is no doubt the band have an ear for a sharp pop melody. On ‘Waste of Time‘ the bittersweet lyrics about his girl being the ‘Worst part of the Day’ are turned into a sense of optimism through its bouncy vibe and melody-filled chorus. 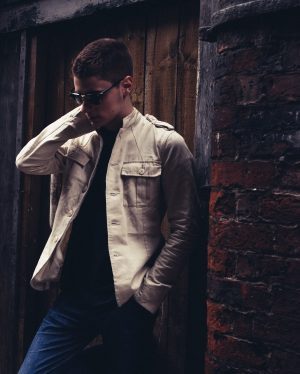 The eerie, distorted sound of reversed audio vocals open ‘Talk is Cheap‘ before the central riff of plucked strings take over. This track soars on the enticing hook of power and melody as the rousing chorus of ‘Talk is Cheap’ blossoms to a really, heavy sound. ‘Rebecca‘ is a piano-led lovesong with reverberating backing vocals from Katie Mallinson. As with all the tracks the versatility of Oli Barton’s vocals once again shines through, the piano notes allowing the emotions within the vocal to ring through.   ‘Coming back for Nothing‘, is sprawling effort that delivers wave upon wave of gloriously laidback guitar riffs, on top of quality vocals. It sounds like it was conceived in a different era, but which still manages to sound up-to-date as well. Despite the wry lyrics, it’s the type of track that would appeal to a wider audience who can easily get behind the classic hooks and the overall beauty inherent in much of it. This probably would have been expected to be the last track on the album, but it’s completed with a dancy remix of ‘Photograph‘.

There is no doubt Oli Barton & the movement is a band to be reckoned with in the future, big on ambition, alive with provocation and impressive on their own terms. Check the album out.

One thought on “Oli Barton & The Movement – Into The Back Room”