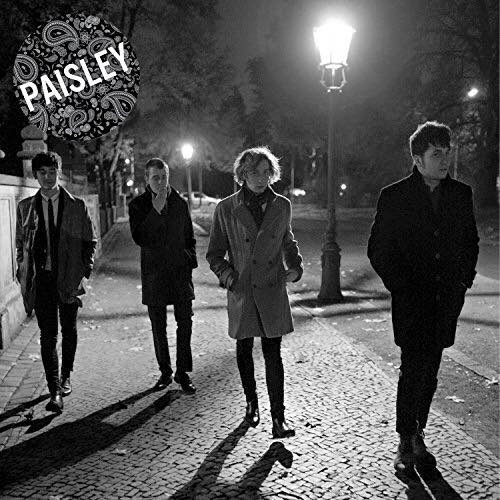 Sometimes you only realise how good a track is when you get the opportunity to revisit it at a later date. A casing point is the track ‘Changes‘ from Dresden based indie-rock band Paisley, it was one of three tracks released by the band on their debut EP ‘….Introducing‘ in March last year. Since then, the band, Liam Floyd lead Vocals and Guitar, David Barth Lead Guitar, Fabian Catoni Bass and Luis Darko on Drums have been working hard to build up their fan-base through their live performances and have now released their first video for ‘Changes‘.

This track is a real powerhouse rocker in all senses, an explosive shot of tuneful, irresistible guitar rock that drops hooky guitar riffs, thunderous rhythms and an anthemic chorus. The guitars are particularly lively and enliven the track whenever they’re given centre-stage (which is quite a lot), the central riff is utterly addictive. The robust, commanding lead vocal of Liam Floyd reminds us a little of Alex Turner, it grabs hold of the track from the outset and never let’s go. Cleverly, Paisley manage to build up the rousing chorus to greater heights by stopping the sound dead for 5 seconds near the end, before launching it for the finale. If, as suspected, the band have stadium-filling in their sights, then this is the kind of track that should go down a storm in bigger venues.
Paisley is a band we are looking forward to hearing more from and hopefully get the opportunity to see live in the near future.

One thought on “Paisley – Changes”