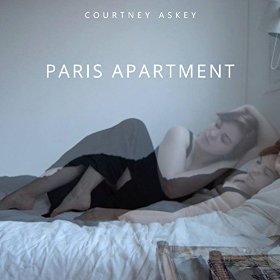 Courtney Askey is a talented musician based in Leicester. She has been writing and recording music since the tender age of fifteen and started playing live in her hometown at sixteen. Having previously fronted Lure and Courtney Askey and the Gentlemen she has now gone solo and ‘Paris Apartment‘ is her debut single.

‘Paris Apartment’ is a brooding gem that captivates and demands attention from the outset. After a gorgeous icy guitar intro, Courtney’s moody, atmospheric vocals provide the compelling focal point for a track that slowly builds on a simple but effective central guitar riff, as more instrumental layers are added. It’s well worth taking the time to listen, as there is no doubt Courtney Askey’s musical career is heading in an upward direction.