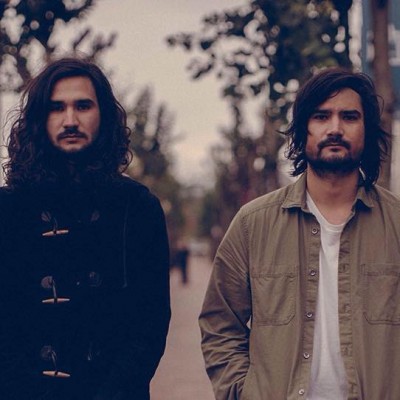 Lyon Apprentice is Australian brothers Adam and Nathan Lyons from Australia’s Gold Coast. Following their debut EP release in 2014 with ‘Be Honest, Be Wild, Be Free’ the duo moved to Manchester in early 2015. ‘Alice‘ is their first release since their arrival in the UK, it was recorded in the brothers’ new home studio and mixed/produced by singer/guitarist Adam.

Their latest release is a dream-pop tribute to a longtime friend and the husband she lost. Adam explains “Alice was a 92 year-old patient of mine when I worked as an exercise physiologist. We became good friends. She often told stories of her late husband’s experiences in WWII as an RAF Lancaster bomber pilot and how he died of cancer five years after the war ended, leaving her with four children. Reflecting on her marriage, she once told me ‘when I feel this way, I learn to walk on’ and the line stuck with me. Perseverance is a quality I admire and my conversations with Alice always left me humbled, grateful and inspired”

‘Alice‘ is a synth-pop gem, driven by melodic synth chords, its replete with soaring choruses and glistening outbreaks of guitar, showered in gorgeous sentiment. Let’s hope the brothers don’t leave it so long until their next release.