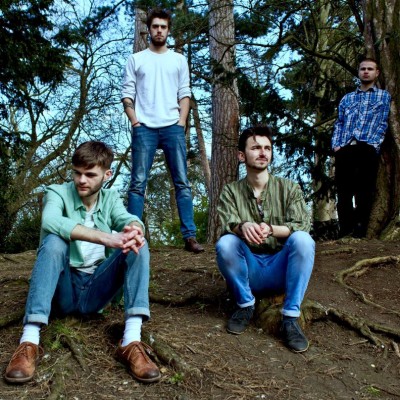 Having impressed with his previous releases Conal Kelly is back with a brand new track, but this time as lead singer of his new band Sahara Breeze. Along with Connor Begley on guitar/backing vocals, Matt Sharlot on bass/keyboards and John Ganner on drums/percussion, they got together whilst studying at University in Cheltenham. Thanks to their consistently energetic live set the band are now starting to gain popularity in the local area and this is their first release.
‘Undercurrents‘ finds Kelly’s vocals in emphatic form, but it’s the guitars, however, that look set to get this particular track noticed. The bright and lively riffs pulsating from the central guitar hook, along with a swirling dust of psychedelica, lends the song a driving energy. It, also, boasts a strong chorus that opens up into something that’s highly melodic. There’s even a mid-track breakdown into more psychedelic territory, which is a clever touch. This is an addictive slice of indie-pop that should help Sahara Breeze get noticed beyond their local core support. The band are hoping to release an EP later in the year.