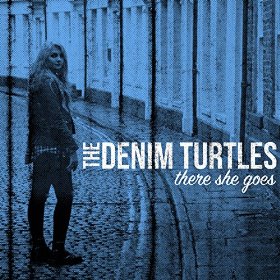 The Denim Turtles – There She Goes

Hull’s The Denim Turtles originally formed in November 2014 but after multiple line-up changes, the band finally found its unique indie style in April 2015. ‘There She Goes‘ is the follow-up single to their five track Weekend Romance EP released in October last year.

The new release is three minutes of sparkling retro garage rock, full of genuine morning freshness and energy, combining catchy vocal harmonies with sparkling guitar riffs. It bounds along at a pace, mixing hook laden indie-pop melodies with a rocking edge and sing-a-long chorus that would go down a storm live. Check it out below.