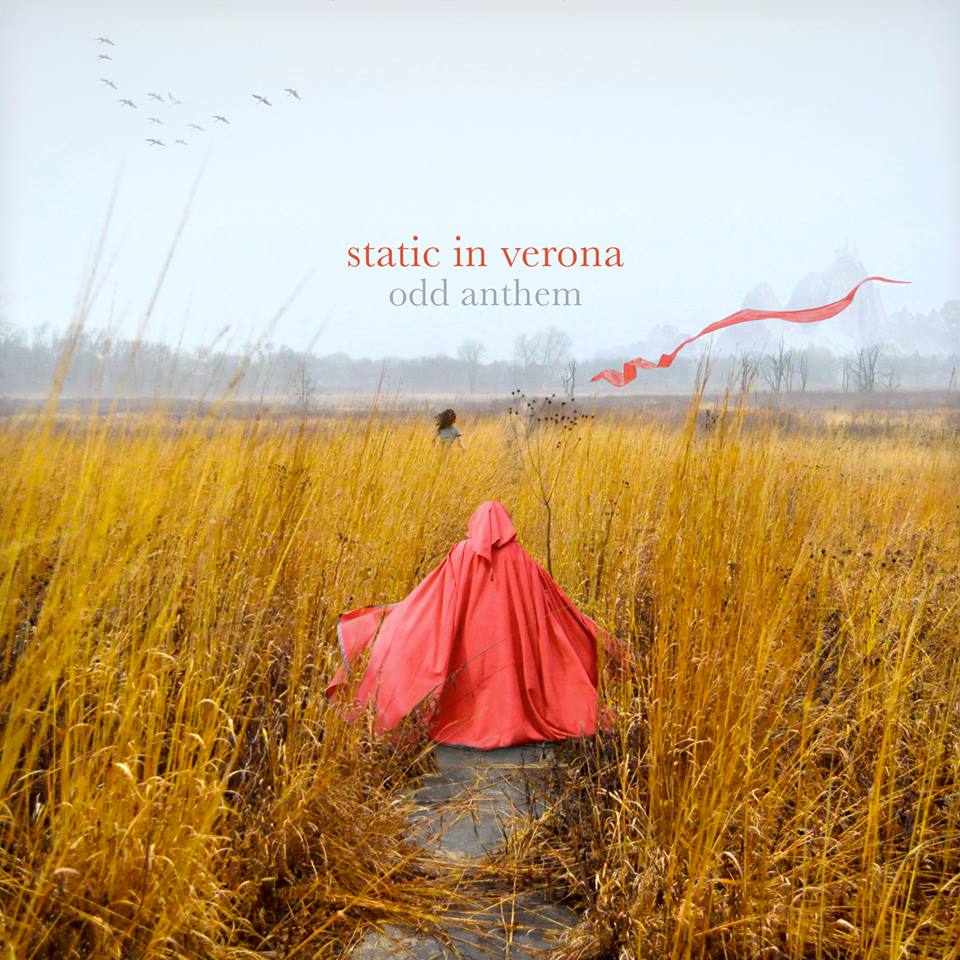 With individual references from different styles and genres, Static In Verona delivers an irresistible album that effortlessly fuses indie-pop, shoegaze, electronica and experimentalism to beguiling effect. There’s an energy that’s difficult to resist, distinctive alluring vocals, compelling melodies and a striking mix of drums, guitars and electronics combine to create an album of expertly-crafted upbeat pop songs.
Odd Anthem is the third album from Static in Verona, a recording vehicle for the highly talented Chicago musician Rob Merz. Last year’s impressive ‘Everything You Knew Before You Knew Everything’ took three years in the making, so this time Merz took out the meticulous writing and, bursting with vitality, let the ideas flow before spending time in the studio experimenting on the structure and the songwriting.
The album opens with ‘Anyone Anymore‘, with lively and incessantly toe-tapping energy aplenty, it bounces on shimmering, insistent drum beats, infectious guitar hooks and a chorus that shots through with an ear-pleasing melody. The vocals, meanwhile, have a laidback vibe that offers a nice contrast to the full-on instrumentals. The type of track you want to hear blasting out of your speakers as you cruise down the road on a hot summer’s day. ‘Heavy Hands‘ is a track song that captivates and demands attention from the outset, as Merz’s vocals are delivered over a constantly building melody of pounding drums and heavy bass. ‘Future Ghosts‘ is a real grower, Merz’s almost angelic vocal builds into a beguiling tidal wave of a sound as a strong electronic hook weaves it’s way round glistening guitars and persuasive drumbeats. The joy of this album is how Merz experiments with different genres, but still manages to seamlessly move from one track to another and take the listener with him. ‘Blink‘ is a great example of this as he dips into a more electronic trip-hop sound and to great effect. Grabbing you from the start with their anthemic, catchy chorus’s ‘Shudder To Think‘ and ‘Then A Hush‘ give an overall vibe of effortless enjoyment and both are ‘pop’ enough to appeal to the mainstream. They’re so infectious it’s hard not to become swept along by them and you’ll probably find yourself singing along in spite of yourself. ‘Tomorrow Feels Like Yesterday‘ is the penultimate song on the album, coming in at just over 2 minutes it has a strange psychedelic quality about it with Merz’s almost falsetto vocal harmonising with a stirring keyboard arrangement, an interesting contrast to some of the earlier tracks. Overall it’s a daydream of an album, with an excellent production and delivery, that keeps getting better with each new listen and definitely deserves to be heard by a greater audience.